This year has been good for fans of superhero movies. It’s still great, my friends. The Wasp is here.

The film Ant-Man and the Wasp follows the continuing adventures of the Pym family. It delves once again into the loss of both Janet Van Dyne from Ant-Man and Scott Lang from Captain America: Civil War, but moves forward quickly. It is all about rescuing Janet, the original Wasp, and redeeming Scott, who made some… questionable choices.

Hope has been suiting up off-screen for years, it turns out, and is the best possible chance to rescue her mother. However, her father’s ego has set in motion revenge from an old foe. If his past mistakes cannot be stopped, Hope could lose everyone she loves.

Do you want action? Because that’s how you get action! Some people have complained about the villains in Marvel movies, but (especially this year) they have been crafting incredible characters for their heroes to fight. The enemy is believable, and their end is not normal in any way. Prepare to be surprised.

Evangeline Lilly brings her A-game to Hope. The Wasp is a formidable hero facing incredible odds. Don’t let the title fool you, or our political climate either. She is the star of this movie, and Scott is her partner. They are shoulder to shoulder as people could be, and their chemistry is awesome.

The look of this movie is great. It’s not on the level of Doctor Strange, but where it counts… wow! The psychedelic beauty of the Quantum Realm can’t be given justice in words. Not only that, but it’s a sequence so emotionally satisfying that you altogether MUST experience on the big screen. IMAX 3D is a plus, but it is not necessary. The story is king here, and the visuals compliment it very well.

If you are looking for a good family film, this is it. I would not recommend this film for sensitive children. If your child can tolerate mild scary sequences and thrilling action, go for it. If you want some incredible action and a great story, go see it! And stay to the end. 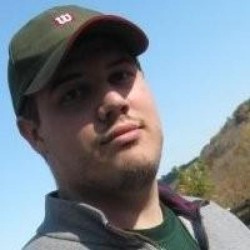